Alexander’s interest in computer graphics dates back to when he was 13 years old, visiting a friend, and being amazed by what this friend’s computer could do. While Alexander watched, his friend created a flying saucer in 3DS Max, complete with lighting and background. “I was ready to model the whole world,” relates Alexander, “only there was one ‘but’: I did not have a computer. I annoyed my parents about how urgently I needed a computer. When I did get it (pretty soon), the very first program installed on it was 3DS Studio Max 2.5.”

Alexander is one of those rare technical artists who’s self-taught. In those days, he didn’t have access to the Internet, so everything he learned he did by trial and error, a painstaking process. After roughly a year by his reckoning, the internet finally arrived: “The first thing I did was dig up some cool 3D galleries for myself. The level of the artists' works made an indelible impression on me!”

But this comparison to established artists was a double-edged sword. “Against the background of the best artists of that time, I felt like taking one step a year while they were rushing at the speed of light. For the whole next year, I tried very hard, spending all the free time on my new hobby. When I realized that I had achieved so little during this time, I sank into despair and I gave up on this matter for a while.”

Fortunately for all of us, Alexander’s innate tenacity prevailed: “I worked up the courage and wrote a letter to one of the greatest gurus in the CIS. Of course, I did not expect an answer to the letter, except deep down in my heart. Imagine my surprise when I received a response from my idol with motivation words to continue what I started. From that moment on, I felt like my wings spread.” His work began to win awards and appear in galleries. Soon afterward, he would freelance for British and American clients, a path that led eventually to his current position.

The secret to Alexander’s continued success is "’Work should never become a burden and should always be enjoyable.’ It seems like a simple rule, but in real terms, it is difficult to follow. Sometimes you are tempted to complete a primitive, uninteresting, but at the same time highly-paid task. However, you need to comprehend that completing such tasks does not help you to develop, work becomes a routine, work hours slow down, and you feel like you hate your once favorite employment and the only thought you have is ‘I wish I could live until Friday.’"

Alexander has no fears of AI taking over creative jobs. “I am sure that it will not replace but will begin to help digital artists. Very soon we will not be able to imagine our life without these cool neural network things, just as we are wondering now: ‘How did we live without mobile devices and the Internet before?’"

Finally, he has some solid words of advice for new artists just starting out: 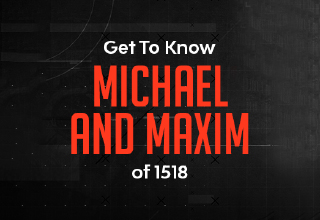 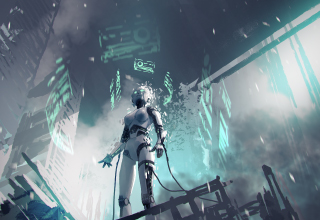 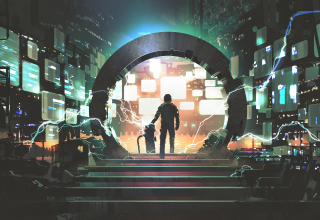